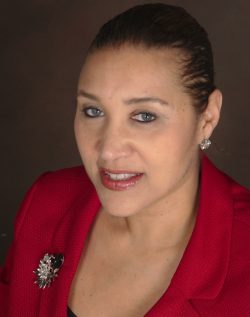 Ms. Reid-Green has worked in the public sector for over 29 years. She is an Assistant General Counsel at New York City Transit Authority, currently serving as Unit Chief-Kings Examination and Practice Unit, Torts Division. Prior to her appointment as Unit Chief, she headed the Richmond County arm of the Queens/Richmond Trial Unit for 18 years.

Ms. Reid-Green is an active member of the Women’s Bar Association of the State of New York where she served one term as WBASNY Treasurer, Co-Chair of the 2016 Voter Registration Drive Committee and Co-Chair of the 2017 Convention Committee. Ms. Reid-Green held the position of President of the Staten Island Women’s Bar Association from 2013-2015. Her service to SIWBA included serving as SIWBA Advisory Council Chair, Corresponding Secretary, member of the Bylaws Committee, “Sisterhood” representative, Network of Bar Leaders representative, and organized Annual Judiciary Dinners, CLEs, networking and other events for the members and the community.

Ms. Reid-Green community engagement includes: serving as Second Vice President of the Board of the Staten Island Historical Society from 2015-2018; Treasurer and Delegate of Soroptimist International- Staten Island Chapter; Vice President of Jack and Jill of America, Inc.-Brooklyn Chapter from 2010-2012 and current service as Recording Secretary of Associates Group of Jack and Jill of America, Inc.-Brooklyn Chapter. She is a past member of the National Council of Negro Woman-Staten Island. She spends her free time serving as a volunteer with the NAACP HBCU College Fair on Staten Island.

Ms. Reid-Green is married to Richard Green, a guitarist with The Eturnity Band. They have two daughters, Naja Green Monette and Gabrielle Green, graduates of the prestigious Howard University, Washington D.C.