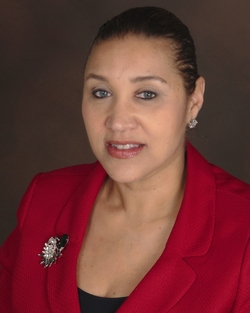 Dawn Reid-Green, Immediate Past President of the Women’s Bar Association of the State of New York (WBASNY), shepherded the organization through the end of the COVID-19 pandemic. In 2022, Ms. Reid-Green was named on the City and State’s 2022 Law Power 100 list of leading legal professionals in New York State. She was also honored with the 2015 Metropolitan Black Bar Association (MBBA) Bar Leader of the Year Award and the 2015 Staten Island Black History Month Town Hall Meeting Award for Community Service.

Prior to holding the office of President, she served as President-Elect, Vice President, WBASNY Treasurer, Co-Chair-2016 Voter Registration Drive Committee, and Co-Chair-2017 Convention Committee. Ms. Reid-Green held the position of President of the Staten Island Women’s Bar Association (SIWBA), a chapter of WBASNY, from 2013-2015 and continues to serve as a member of the SIWBA Advisory Council.

Ms. Reid-Green has served as a Board Member of the Metropolitan Black Bar Association (MBBA) from 2015-2021, and served as the MBBA delegate to the Kings County Democratic Judicial Screening Committee (2020-2021). She is a member of the Columbian Lawyers Association-Brooklyn, NYS Trial Academy, and Richmond County Bar Association. She is a past member of the Independent Judicial Election Qualification Commission-Second Department. She has also participated as a judge for the Empire Mock Trial Competition.

Ms. Reid-Green has worked in the public sector for over 32 years. She specializes in personal injury defense and litigation, and holds the position of Borough Chief-Kings County at the New York City Transit Authority-Torts Division.