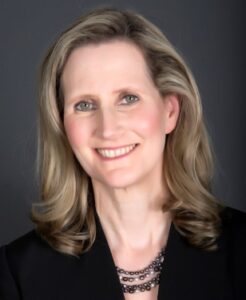 Deborah G. Rosenthal, President, is the owner of Rosenthal, Attorneys at Law, P.C., located in Great Neck, New York. Deborah lives in Manhattan and represents clients in the five boroughs of New York City, as well as in Nassau, Suffolk and Westchester Counties. Her practice focuses on estate planning; probate and administration of estates; estate litigation; guardianship and special needs planning; corporate and contract law; real estate; and representation of closely-held businesses.

Ms. Rosenthal is certified as a court-appointed Court Evaluator, Guardian ad Litem, Counsel to Guardian, Attorney for Alleged Incapacitated Person, Trustee of Supplemental Needs Trusts, and Guardian. Ms. Rosenthal also volunteers her time as an arbitrator of attorney-client fee disputes under Part 137 of the Rules of the Chief Judge.

Ms. Rosenthal served as Vice President for two years and as Treasurer of WBASNY before serving as President Elect. She has also served as a delegate to the Board of Directors and as a member of the Judiciary and Awards Committees.

Prior to becoming a WBASNY officer, Ms. Rosenthal served as President of the New York Women’s Bar Association, where she revived and revamped the Judiciary Committee and served as its co-chair; served as co-chair of the Solo and Small Law Firm Committee, where she instituted a yearly program on “Starting and Growing your Law Practice” and served as co-chair of the Trusts and Estates Committee. Immediately prior to becoming President of the NYWBA, Ms. Rosenthal served as Treasurer of the NYWBA for three years.

Ms. Rosenthal looks forward to continuing to work on WBASNY’s mission to advance the status of women in the profession and in society at large as WBASNY’s President.

©2022 Women's Bar Association of the State of New York