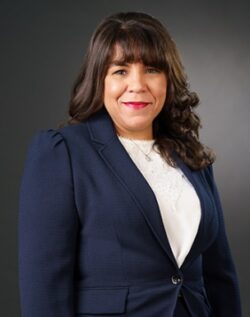 Simone M. Freeman, Vice-President, is a partner at Jaspan Schlesinger LLP. She is an experienced land use and zoning attorney, with an extensive background in public sector/municipal law. Ms. Freeman’s expertise lies in executing public and private development, risk/site analysis, and litigation for public/municipal and private corporations.

Prior to joining Jaspan Schlesinger LLP, Ms. Freeman was Corporation Counsel for the City of Long Beach where she served as chief legal advisor to the City Council, City Manager, and City Commissioners and Officers, as well as counsel to the Zoning Board of Appeals.

Before that Ms. Freeman was a senior attorney for seven years at another prominent real estate, land use and zoning firm, where she represented telecommunication companies and national retail franchises in all aspects of the zoning process, including site analysis, applications, public hearings, permit procurement, project development and governmental and municipal compliance. Ms. Freeman began her career in the Office of the Town Attorney at the Town of North Hempstead where she served as co-counsel to the Town’s Board of Zoning and Appeals; counsel to the Department of Public Works; and Record’s Access Officer from 2007 to 2013. While serving first as an Assistant Town Attorney, and then as a Deputy Town Attorney, Ms. Freeman regularly advised the Town Board on issues relating to applications for special permits, site plan approvals, changes of zone, and creation and extension of special improvement districts. She also gained extensive experience in all aspects of public bidding and procurement, as well as project development.

Ms. Freeman received her J.D. from the Maurice A. Deane School of Law at Hofstra University, where she was a member of the Family Court Review and Moot Court Association, and received Hofstra Law School’s Pro Bono Certificate, Bronze Level Award for her work in the public sector during law school.