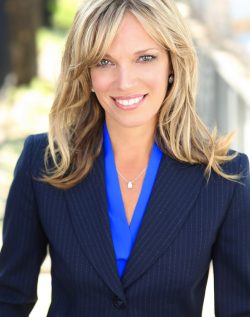 Schreier & Wachsman, LLP has become the “lawyers” lawyers for medical malpractice referrals. It is well known in the legal community that Ms. Wachsman specializes in all kinds of medical malpractice cases and has a tremendous track record with respect to the cases the firm chooses to accept.

Ms. Wachsman has always believed in giving back to the community and has done so repeatedly through her pro bono efforts. Most notably, following Hurricanes Irene and Sandy, Ms. Wachsman worked for victims in Greene County and Nassau County, New York. She met with numerous victims and assisted them with their homeowner’s insurance claims as part of New York Trial Lawyers Care, Inc. The work she performed after Hurricane Irene included multiple meetings with CAT (catastrophic) teams from insurance carriers at victims’ homes, as well as litigation of claims in the Greene County Supreme Court.

While she was born in Atlanta, Georgia during her father’s neurosurgical residency, Ms. Wachsman was raised in Las Vegas, Nevada. She received her B.A. in Political Science from The American University and her Juris Doctor from New York Law School.

Ms. Wachsman also practices in the Surrogate’s Courts of the State of New York in wrongful death and guardianship matters.