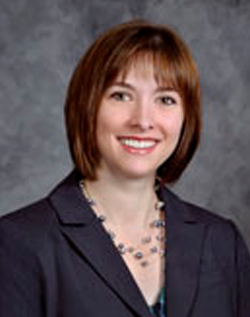 There were several! When I reflect on my tenure as president, especially with the events of this past year, a definite highlight included meeting the late Ruth Bader Ginsburg. Justice Ginsburg was an opera lover and WBASNY was able to arrange an outing to the Glimmerglass in Cooperstown with lunch at the Otesaga with a photo op with RBG. She was very understated and I loved that she was carrying a tote bag that simply read “Diva” in pink sequins. I was/am the first WBASNY president from Central New York. I have fond memories of introducing several of our members and leaders to Central New York, especially during our annual Convention. We saw challenges such as helping and responding as a bar association leader to the devastation and disruption caused by Hurricane Sandy. We offered position statements and testimony on many legislative initiatives, including a pay raise for judges. We focused heavily on membership, both recruitment and retention and saw a significant in numbers.

While much has been accomplished and WBASNY has made great contributions to both women in practice and in society, there remains much work to be done. The challenges to working mothers in the era of COVID have been extraordinary, forcing women to leave the work force in huge numbers. Several of the gains that have been made have been lost.