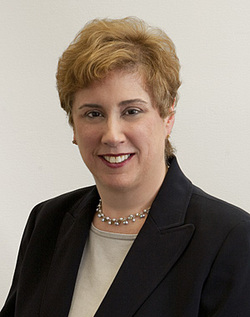 1. Travelling across the state to celebrate WBASNY’s 25th Anniversary with the Chapters and all of our members.
2. On December 2, 2004 we had our 25th Anniversary Gala at the NY Botanical Gardens where the first mentoring award was given to Judge Betty Weinberg Ellerin. This award is now given in J. Ellerin’s name.
3. Giving the Doris Hoffman Medal to Karen DeCrow
4. Moving the admission of 21 WBASNY members to the US Supreme Court and meeting Judge Ruth Bader Ginsberg.
5. On September 18 2004 the WBASNY Board of Directors voted to support the concept of non-fault divroce

My involvement with WBASNY has been one of the most cherished experiences I have had as an attorney and as a proponent of expanding the role of women. It was an honor to serve as President. WBASNY is an unparalled organization. 40 years is just the beginning.