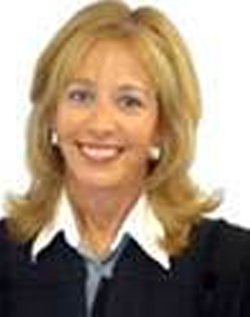 Our recorded WBASNY history generously credits me for judicial diversity and legislative advocacy during my presidential year, but my proudest accomplishment is helping to found the Domestic Violence Legal Project. In 1995, we obtained the $50,000 federal start up grant that was used to hire an executive director and form the charitable organization that evolved into the Legal Project. Based in Albany, the Legal Project has expanded over the ensuing decades to represent thousands of Domestic Violence victims, immigrants, and others in need. It has received local, state and national recognition for outstanding work representing those at the margins who are ineligible for legal aid (based for example upon home ownership) but who are unable to afford an attorney. Domestic violence is an issue close to my heart, so I was especially gratified to have played a role in the establishment of such a worthwhile organization. Many years later when I became the Acting Albany County Court Judge for domestic violence matters, I saw firsthand what a difference the Legal Project makes in the lives of those impacted by domestic violence.

In the mid 1990’s there were very few women on the bench, especially in the Capital District. When I testified on behalf of WBASNY (as a V.P.) before the Joint NYS Senate and Assembly Judiciary Committee Hearing on Judicial Reform, there were no women or minorities on the Supreme Court bench in the entire Third Department. My testimony on the need for judicial diversity was covered by the media and was later converted into articles published in the NYSBA Journal and the New York Law Journal. A year later, Karen Peters became the first woman ever elected to the Supreme Court in the 3rd Department. During my presidential year, and throughout my legal career, I have worked to raise public awareness on the importance of judicial diversity.

While those are the two initiatives that stand out in my memory, that year we also set in motion the hiring of WBASNY’s first executive director so that future presidents would not be saddled with administrative work in addition to their many other presidential responsibilities. Unfortunately, although the groundwork was laid during my year, our first executive director was not actually in place until my successor took office. It’s hard to imagine now, having had the benefit of Linda Chiaverini’s services for so many years, how early WBASNY presidents survived without her.

WBASNY has expanded and evolved into an organization of 20 chapters from across the state with a significant statewide—even national–voice on issues of importance to women. However, that remarkable growth has not come without growing pains.

As someone who has been actively involved in WBASNY since its inception, I know what a pivotal role we’ve played in achieving remarkable successes for women, legislatively, on the bench and in so many critical areas. But it is inevitable that geographically distant chapters will have differing views. We must remember that there is much more that unites us than divides us and we speak more loudly when we speak with a single voice.

Congratulations, WBASNY, on reaching the 40-year milestone. I’m honored to have been with you on this journey from the beginning and look forward to our golden anniversary celebration!