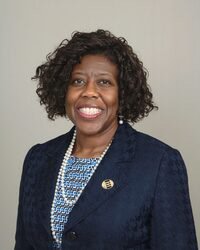 WBASNY began its 40th anniversary year in May 2020, as news of the pandemic was growing more ominous by the day. There was no vaccine, and the death toll was rising.

In the months to follow, the streets were filled with social unrest catalyzed by the brutal killing of George Floyd under the knee of a Michigan police officer.

In September 2020, we found ourselves in deep mourning, not only for the loved ones we had lost, but also for the passing of U.S. Supreme Court Justice Ruth Bader Ginsburg.

In November 2020, we witnessed national, state, and local political unrest, with a highly contested presidential election that culminated in a mob attack on the U.S. Capitol on January 6, 2021.

Carrying on the work of the second-largest bar association in the state of New York amid a pandemic, social unrest, heartbreak, loss, and physical distancing was difficult. Yet, through these and other challenges, WBASNY remained not only present, but also actively engaged.

WBASNY was ready with timely and thoughtful public statements on behalf of the association, calling for justice following the Floyd killing; calling for the repeal of unjust laws, like Civil Rights Law 50-a, which shielded public safety employees from the type of scrutiny that keeps such employees accountable to the communities they serve; calling for the restoration of the rule of law, following the January Capitol assault; and standing in solidarity with our Asian-Pacific Islander community, members of whom increasingly were becoming the targets of hatred and violence.

WBASNY touted the work of the Hon. Betty Weinberg Ellerin and the New York State Judicial Committee on Women in the Courts, which called attention to the persistent inequities facing women attorneys and women, in general. We set out clear legislative priorities that called for attention to the Equal Rights Amendment and the effect of the COVID pandemic on women and children. We touted legislation signed into law such as the repeal of penal law 240.37, commonly known as the “walking while trans” statute.

WBASNY weighed in on at least six briefs presented by the Amicus Curiae Committee.

WBASNY celebrated its 40th Anniversary with a successful fundraising campaign. The goal of the Forty and Faithful to the Mission banner ad campaign was to raise $5,000. WBASNY raised over $10,000.

WBASNY’s Officer Team looked for and found ways to save WBASNY money and support the chapters by providing free CLEs, purchasing bookkeeping software for our chapter treasurers, and canceling all meeting fees.

WBASNY’s Chapter Presidents supported each other and their chapter members by accepting the charge to lead their individual chapters with “GRACE – Gratitude, Respect, Awareness, Civility and Empathy.”

WBASNY’s Members made frequent use of social media, virtual meetings, and other forms of technology to keep each other informed and engaged, and to celebrate milestones and honor our shining stars. Many of WBASNY’s forms were converted into electronic fillable forms that could be submitted online. Adjustments were made WBASNY’s website to make it more user friendly – and highlight the achievements of our members in celebration of WBASNY’s 40th Anniversary.

WBASNY started off its 40th Anniversary year much as the Suffragists did 100 years ago, amid major uncertainty and high anxiety. Yet, just as I predicted during my installation speech, WBASNY rose to the challenge and exceeded expectations.

Because of the dedication and commitment of its members, WBASNY remained Faithful to the Mission during an exceedingly challenging 40th anniversary year.