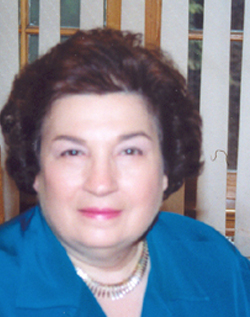 The highlight of my Presidency is, without question, the creation of what is now known as “Officer’s Training”.

I invited the Officers who would be serving with me for a weekend retreat so we could get to know each other and plan for the coming year. Out of that weekend came what is now an annual tradition, the “Orientation Weekend”, now known as “Leadership Training.” We met in July. By September we had created a handbook, booked a hotel in Westchester, and put into motion a program which makes WBASNY so special: a weekend when we introduce the leadership from across to the State to one another, provide them the training they need and an understanding of the inner workings of WBASNY as well as a knowledge of what WBASNY is all about.

I like to think that the “Leadership Training” program which we started in 1991 and which has continued annually to our 40th year helps provide a framework and a foundation upon which each chapter and the statewide organization is able to work as individuals and collectively to achieve our goals. In my acceptance speech in 1991 I said that “We are an organization of chapters–and herein lies our strength–fifteen (15)chapters in fifteen (15) locations, meeting the needs of fifteen (15) diverse groups of women and men throughout New York State…But when the needs transcend the Chapter level, the State organization must be ready to act, and it is ready.” We have grown since 1991 and I firmly believe that it is our framework which supports that growth and it is our framework which makes us a forceful voice in NYS and beyond.